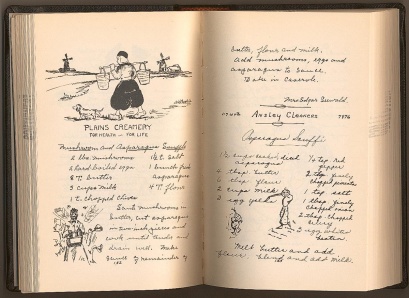 The Southwest Collection contains a lot of books. Thousands, in fact, collected over several decades. They range in topic from ranching to the JFK assassination to sports history, with generous helpings of Texas, western, and United States history thrown in. A portion of that library contains over 800 cookbooks! That may sound a little surprising at first, but upon closer examination it makes archival sense.

SWC’s cookbook collecting began as a supplement to the history portion of the archive. There was, at that time, no real historical information about many of the organizations that produced cookbooks. Why did the group start? Who were its members, and why? The answers lay within. Many of our cookbooks come also come from small communities that used to be much larger, or which in some cases no longer exist. These contain not only recipes (which unfailingly sound delicious,) but also often relate stories about the community. Some tell of the founding of the town, while others contain recipes passed down through families. This might bring to light otherwise undocumented genealogical information such as a family’s roots in other parts of the country, or even the world. As a result the publications were collected more for their historical value than for the recipes inside. Now, while we still collect the cookbooks of many organizations, the SWC also acquires the more traditional, professionally published cookbooks.

The cookbook above was an early publication of the organization now known as the Junior League of Amarillo. As indicated in its bibliographic information, the sale of the cookbook helped to support the Junior Welfare League’s Free Clinic for Children in 1942. It also contained some historical information about the League. Perhaps most interesting are the illustrations that accompany each recipe. Many are humorous, while others simply depict an interesting aspect of its corresponding recipe. There were many contributing illustrators to this publication listed in the back of the book. 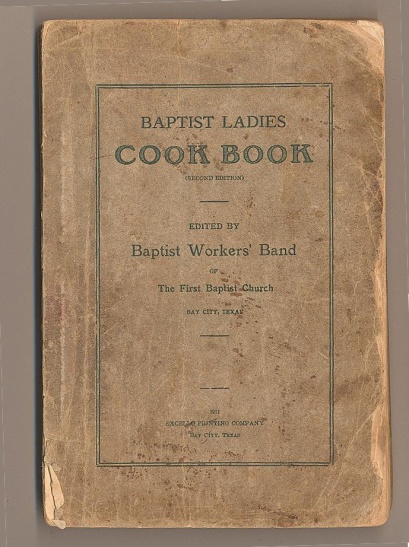 This particular book was donated to the Southwest Collection, and we are always grateful for such gifts. This rare and out of print item is owned by only three libraries in the United States. If not for the generosity of the donor, this item would not be available to researchers at the archive. It was authored by the First Baptist Church in Bay City, Texas, in 1911. The book contains recipes submitted by members of the church, but the book also serves as a historical reminder of past church members. Genealogists and researchers alike may see a relative’s name next to one of the many recipes. It is truly a source of both food recipes as well as a historical resource. 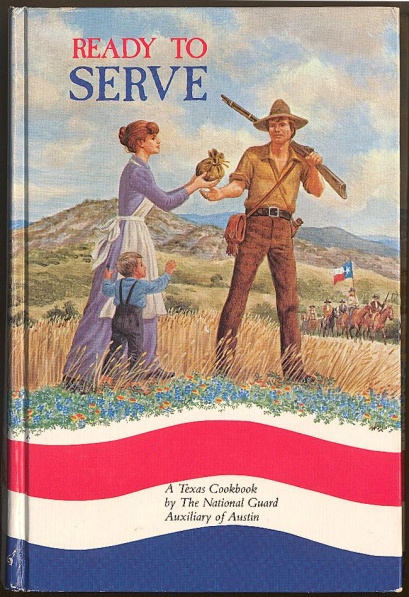 This cookbook was compiled by the National Guard Auxiliary of Austin. Once again, it gives a short history of the group along with excellent recipes. Much like the First Baptist Church cookbook above, its recipes come from the National Guard’s members. The purpose of this cookbook is to ‘reflect the diversity of the state’s heritage’ as well as the heritage of the Texas National Guard. The cover of the book is particularly interesting because it illustrates a soldier going off to serve even as his wife and child offer him a final home-cooked treat. 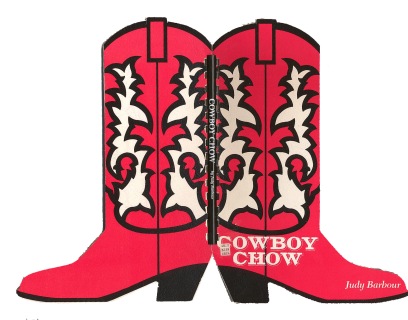 Some of our books have been acquired simply for the charm of the book itself, such as Cowboy Chow, which was produced in the shape of a cowboy boot and serves as a tribute to the American cowboys of the past and present. The cookbook contains many typical food and drink recipes that cowboys used such as beans, sour dough bread, and strong, hot coffee; just a few among many foods available at the chuckwagon. The cookbook shows that while the foods that cowboys ate were not fancy or complicated, they were always there to keep trail drivers going during the rough days that they often encountered.

These cookbooks are just a sample of the hundreds at the SWC. For a peek at these, or any of our other books (which can be searched for here or here), please contact our Reference Department. 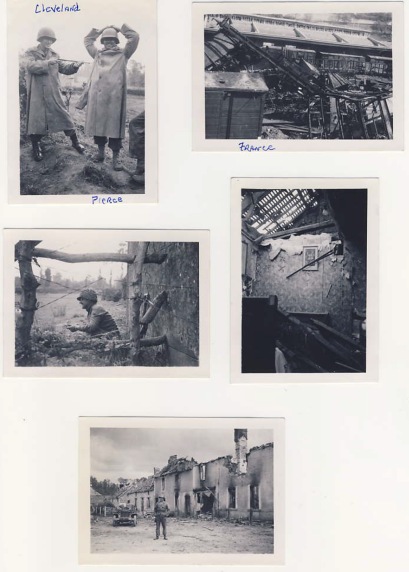 Last week we shared images from the papers of Pete Williams, an Army private who served as General Douglas MacArthur’s chauffeur throughout World War II’s Pacific campaign. But the Southwest Collection houses many other collections related to World War II. The image above, for example, comes from the papers of Joe D. Unfred. Unfred served as a Captain in the U.S. Army’s Third Armored Division during World War II. The Division was the first to breach the Siegfried Line, the first to cross the German border, and to capture the first German town. The collection consists primarily of photographs and scrapbooks documenting the day-to-day life of his service in Europe. The images above come from his time in France in 1944. 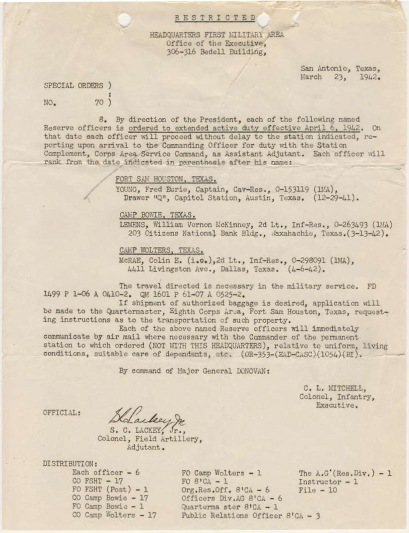 Fred Eurie Young’s papers date from 1917 to 1965 and document his time as a serviceman during World Wars I and II. Born in 1891, Captain Young went on to serve as the chief attorney for the Veterans Administration in Lubbock, Texas after the war (from 1946 to 1961). Much of his papers consists of correspondence, both personal and administrative, during both wars. This document, for example, is the notice that he received when he was called up from the Army Reserves in 1942. 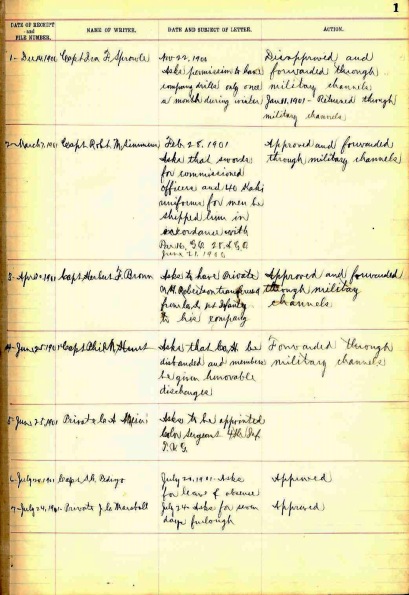 Unique among all of our war-related collections is the Texas National Guard Records, 1900-1964. This image comes from a ledger documenting National Guardsmen’s requests in 1901. Although this item dates from prior to WW2, the bulk of the records consist of general files, the medical records and notes of one Dr. G. Schilling, and records and notes pertaining to the 36th Division and the 36th Division Association during that conflict. A variety of related correspondence, financial records, and other items are present, including an amazing six-volume stereographic photo library on World War II.

As always, our Reference Department would be happy to arrange access to these collections as well as our many other materials, whether they pertain to World War II or any of our other diverse collecting areas.