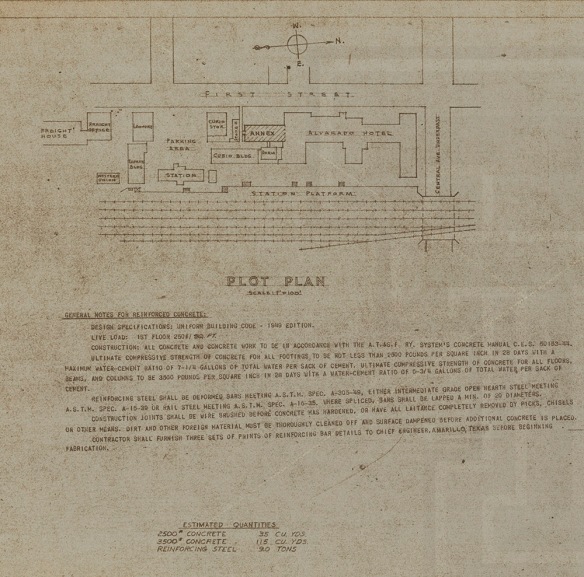 For decades, the SWC has been home to dozens—nay hundreds!—of architectural renderings of structures along the Atchison, Topeka, and Santa Fe Railway. And now many of these have been digitized and placed online for your viewing and/or researching pleasure. Take for example the plans, above, for a hotel in Albuquerque, New Mexico, drafted in 1953.

A little background: chartered in 1859 as the Atchison and Topeka Railroad Company by Cyrus K. Holliday, the organization’s rail lines eventually extended to Los Angeles, California, by 1887, after breaking ground in Texas in 1881. The Gulf, Colorado, and Santa Fe Railway was added in 1886 to obtain a connection to the Gulf of Mexico. Construction of new buildings along the line proceeded well into the 20th century, such as the Dodge City car icing house, above, constructed in 1929. 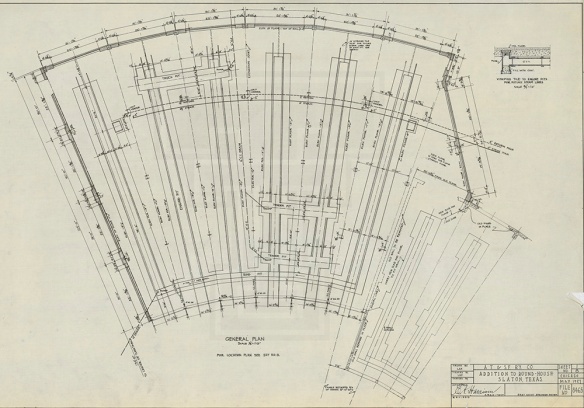 By 1888 the Texas Panhandle was well-integrated in the railroad’s service lines. The historic Round House in Slaton, Texas (above) is a Lubbock-area testament to its influence. The organization was renamed the Atchison, Topeka, and Santa Fe Railroad (ATSF) Company in 1893 when its lines became part of the Santa Fe Railroad system. The company remained active in land colonization, town-site development, and transportation throughout its history. 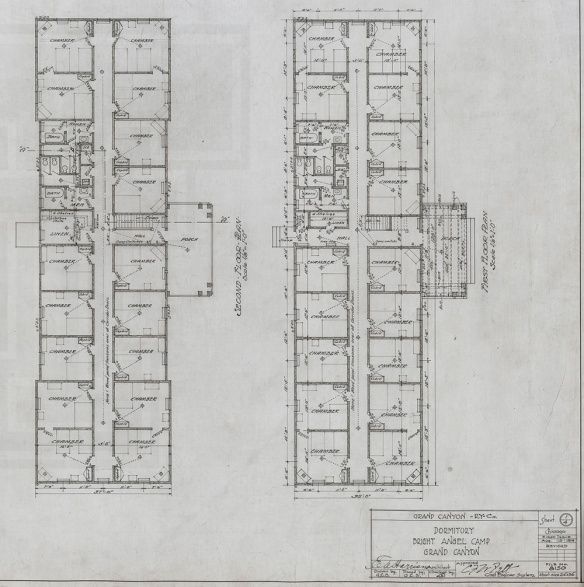 Our ATSF records don’t just consist of plans for dormitories on the rim of the Grand Canyon, such as the one above. They also contain early 20th century correspondence between local businesses and various local, state, and regional divisions of the ATSF, most prominently those in Abilene, Lubbock, and San Angelo, Texas. Other correspondence and financial documents cover various subjects and hail from small, scattered towns throughout the ATSF’s area. And, as with any railroad collection, we have reams of timetables, train order slips, annual reports, and other such goodies.

So if you’re interested in seeing more ATSF materials, head over to our digitized plans or look over the collections’ finding aids. Then give us a call, and we’ll get them into your hands!