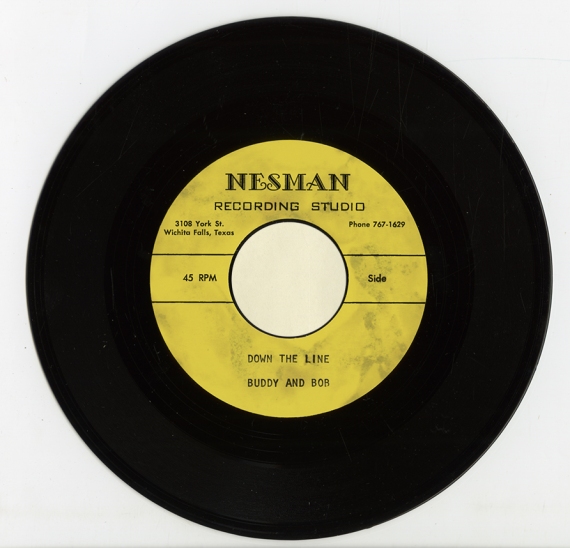 Charles Hardin “Buddy” Holley was born in Lubbock on September 7, 1936, to a musical family. He first performed at the age of five and learned various instruments, eventually settling on the guitar. In junior high Holly collaborated with Bob Montgomery as the duo “Buddy and Bob,” playing Western Bop at local functions, as well as KDAV’s “Sunday Party.” Buddy also teamed with area musicians such as Sonny Curtis, Larry Welborn, Don Guess, and Jack Neal. These early combos played at Lawson’s Skating Rink, teen clubs, and opened for touring musical acts. 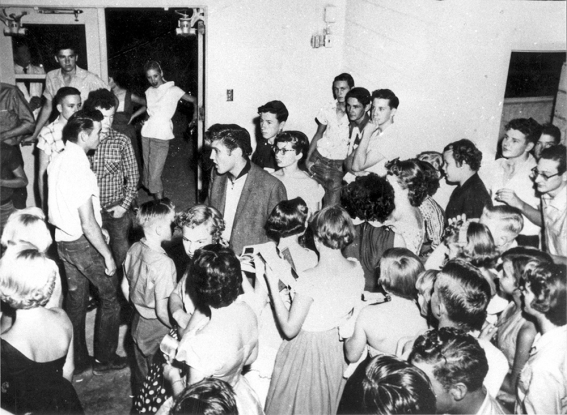 After seeing Elvis Presley perform at Lubbock’s Fair Park Coliseum on June 3, 1955, Holly switched to Rock and Roll. He then went on to record with Decca in 1956, but flourished with Norman Petty at his studios in Clovis, New Mexico. Holly, drummer Jerry Allison, bassist Joe B. Mauldin, and guitarist Niki Sullivan formed The Crickets, who burst onto the rock and roll scene with numerous hits such as “That’ll Be the Day.”

1958 saw many changes for Holly. He met and married Maria Elena Santiago in New York City, and began recording there. After splitting with Petty and The Crickets, and needing cash, Buddy signed on to the Winter Dance Party tour with the hottest acts of the day. After a show in Iowa, Holly chartered a plane to fly him, Ritchie Valens, and The Big Bopper to the next venue. Shortly after take-off on February 3, 1959, the plane crashed, killing all three musicians and the pilot. 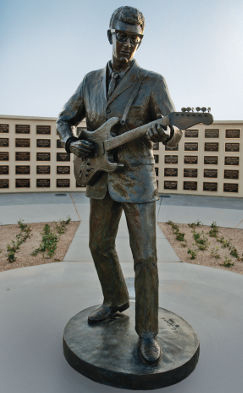 Holly planned, but never completed, creating a record company and recording studio in Lubbock. A tribute statue graces the West Texas Walk of Fame, and he is celebrated at the Buddy Holly Museum in Lubbock, and in the Bill Griggs Collection at the Crossroads of Music Archive.