On April 4, 2019, the Texas Tech Museum will host a screening of Ol’ Max Evans: The First Thousand Years, a documentary highlighting the life of acclaimed western writer Max Evans directed by Paul Barnes and Lorene Mills. The film’s directors drew upon the Max Evans Papers housed at the Southwest Collection in making the documentary. The papers contain a number of drafts, short stories, screenplays, and other ephemera. 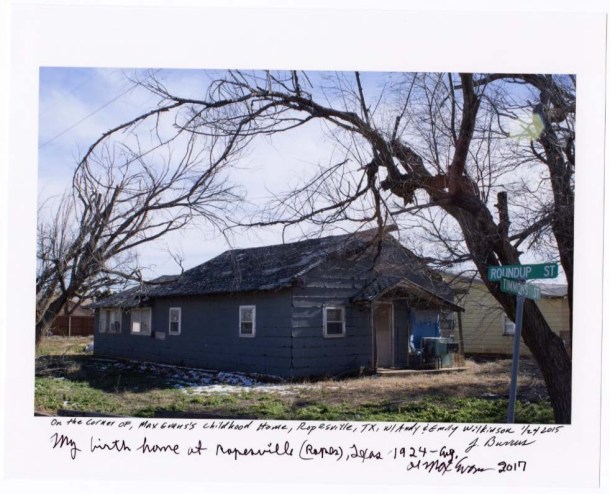 Born in Ropes, Texas, in 1925, Max Evans later moved to northern New Mexico, which would serve as the setting for many of his works.

The Max Evans Papers document Evans’ career as a writer from his first published short story in the Denver Post to his more recent works.

They also provide insight into Evan’s creative process by showing the trajectory of the author’s thoughts, oftentimes beginning with scribbled notes on napkins and scratch paper. The collection also contains noteworthy correspondence between Evans and other creative figures such as Rudolfo Anaya and Martin Scorsese.

The Hi-Lo Country is arguably Evan’s most popular work and was later made into a feature film starring Woody Harrelson and Patricia Arquette. The screenplay for the film went through several iterations including an early draft by Sam Peckinpah (the screenwriter of the popular film The Wild Bunch). 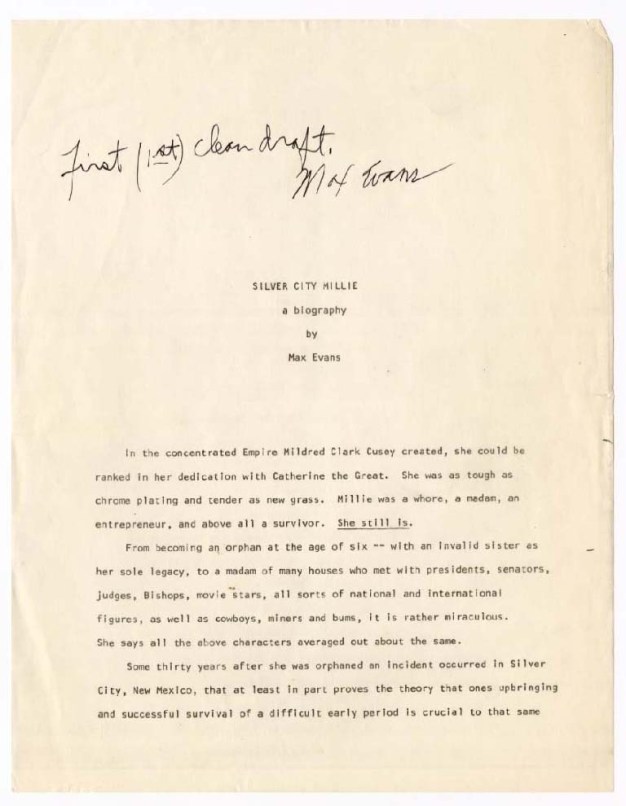 The Max Evans Papers contain several reels of interviews between Millie Clark and Max Evans, as well as several other items including original call girl credit cards, above.

If you’re interested in learning more about Max Evans, his various projects, and his career as a writer, come browse his papers at the Southwest Collection!

March is Women’s History Month! And we didn’t have to think twice about sharing one of our favorite archival collections on that topic: the papers of Hermine Dalkowitz Tobolowsky. Known as “the Mother of the Texas Equal Rights Amendment,” Tobolowsky coordinated the Amendment’s passage in 1972. Her papers document not only the years of hard work that went into that triumph, but also her involvement with other facets of the women’s movement. 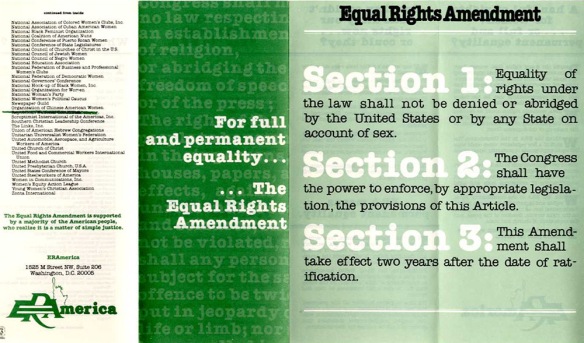 By 1957, she had become the leader of the Texas-wide campaign for equal legal rights for men and women. The Texas Federation of Business and Professional Women had asked her to spearhead their causes, such as a bill empowering married women to own property separately from their husbands. By 1959, this had evolved into the Texas Equal Rights Amendment (ERA). After its passage 15 years later, Tobolowsky didn’t rest on her laurels. She continued her work in the Women’s Rights Movement, presenting speeches and workshops on women’s issues and serving as a legal advisor for numerous women’s organizations right up to her death on July 25, 1995. 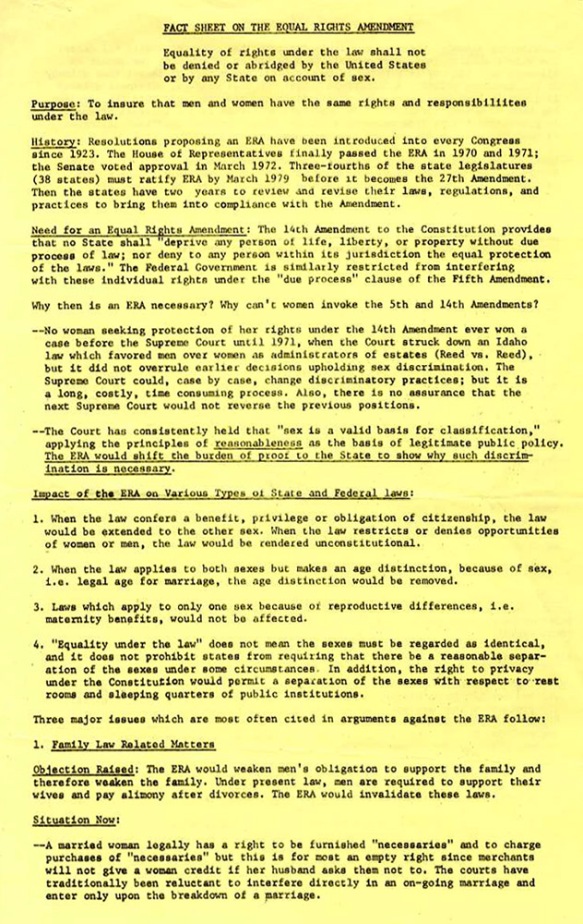 But what was the ERA? A look at the fact sheet above gives you a sense of its original conception, but in its final form it “simply” amended the Texas Constitution to ensure that equality under the law couldn’t be denied due to sex, race, color, creed, or national origin. Its passage was a struggle, facing opposition at various times by the State Bar of Texas, private groups and lobbyists, and numerous legislators. After its inception, however, it was used time and again by Texas attorneys general, legislators, and women’s organizations to strike down laws, refine existing laws, or generally lobby for ongoing social and political change on behalf of women.

Tobolowsky’s collection is replete with correspondence, pamphlets, women’s organizations’ directories and newsletters, and even drafts of speeches and articles written by Tobolowsky and other women in the movement. A handful of her scrapbooks contain a wealth of information about her life and career as well. All of this great stuff can be found here at the Southwest Collection, so come on in and visit with our ever-helpful Reference staff to get your hands on it!