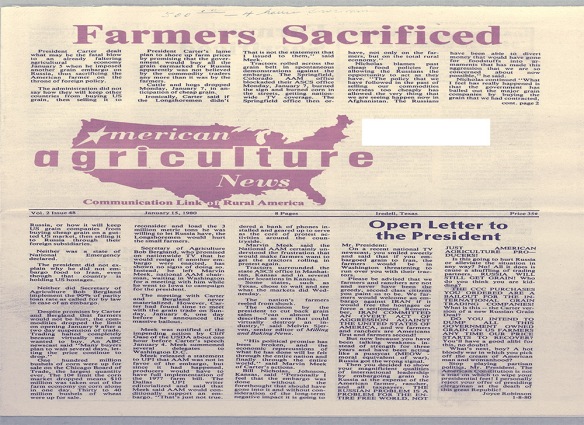 Several years ago, the Southwest Collection began collaborating with members of the American Agriculture Movement (AAM) to document their, and other farmers’, decades of hard work and activism. We have received many archival items from AAM members, not the least of which was a couple hundred American Agriculture News volumes dating from 1978 to 1983. Those volumes can now be found among our digital collections. 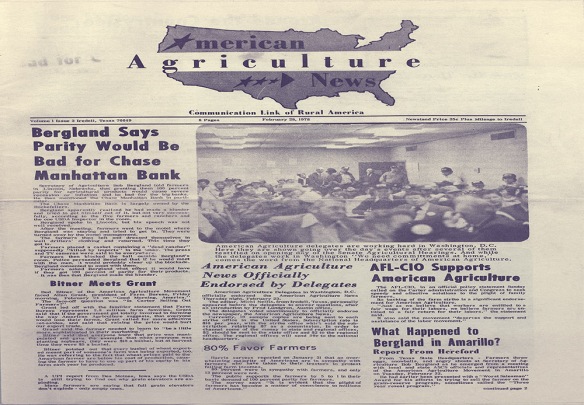 Published every other Tuesday in Iredell, Texas, for nearly a decade (and perhaps longer?) by Micki Nellis and a handful of others, the News first appeared in early 1978. Sadly, we don’t possess the first two issues. Our set starts with issue 3, printed on February 28th, 1978, with a front page proclaiming that the News had been endorsed by AAM delegates during one of their meetings in Washington, D.C. 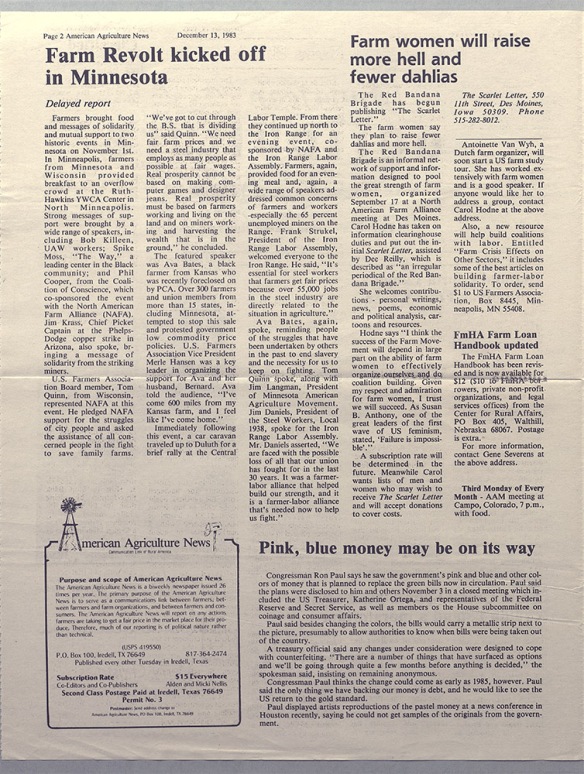 The most recent issue we own–volume 6, issue 22–dates from December 13, 1983, just shy of six years after the first one. The front page was run-of-the-mill news, but page 2, above, told a wilder tale: “Farm women will raise more hell and fewer dahlias.” 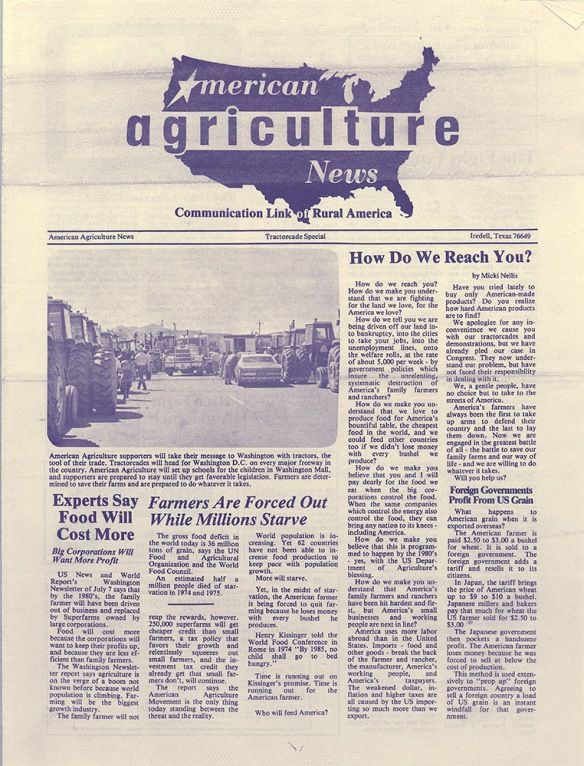 One of the AAM’s finest moments came in 1979, when its “Tractorcade” set off for Washington, DC. The Tractorcade was a grassroots activism campaign demanding “parity” for farmers throughout the U.S. In 2014 we curated an exhibit about that event, and even wrote two more detailed histories of that watershed moment here and here, so be sure to check those articles out to find out a little more. 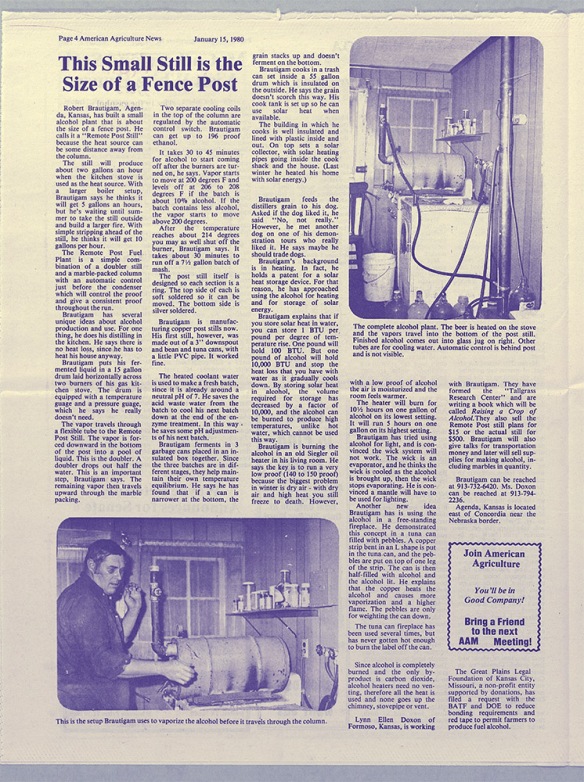 An inventory of the full archival collection of AAM materials covering the years 1968-1997 can be found among our other archival finding aids. We’ve also conducted many oral histories with AAM members over the years. To get your hands on any of those resources, please email or call our ever-helpful Reference Department and they’ll happily help you out!