It is time once again to dig among our little-used collections to find something to share with y’all. This time it’s a handful of turn-of-the-century (nineteenth to twentieth centuries, that is!) photographs from Horace F. Adams and his family. Adams was a farmer, carpenter, and certified “public weigher,” as well as one of the first settlers of Terry County, Texas. If you’ve never been out that way, it’s the home of scenic Brownsville, cotton farms, and a good stretch of highway that points you toward New Mexico. The Adams family used a plain old “F” as its cattle brand, which it continued to use well after Horace’s death in 1925.

Papers include financial records such as promissory notes, bills of sale, deeds, and receipts, all filed alongside genealogies of the “Franklin and Hull families” from 1798 to 1883. But most interesting are its photo albums, where we found the man in military uniform that headlined this blog. It is unlabeled, so his identity remains a mystery, but the photo of a snowy home, above, has the words “My first yard a four of us! Feb. 6 1923” scrawled on the back.

Sadly, many of these photographs are mysterious. The family in the snow, below, are identified as “front of my home. My wife and Kiddies. Feb 6. 1923 – J. K. Knight.” Clearly they are the same folks from the other wintry photo. But the baby in a car, above? We have no caption or notes, even on nearby papers in the collection. The kiddos on the bull, below, are described as “Roy & Ethel, a bull, and Babie Ethel.” Are there two Ethels? Is that the same child from the car? We can’t tell, and they didn’t say.

Our final image is no mystery. Adams was a livestock weigher, so he had a large number of calendars provided, we assume, compliments of the cattle industry. This 1913 example extols the success of the National Live Stock Commission Co.  They just had just sold the highest priced drove of cattle ever shipped out of Washington County, Iowa!

We end with a bit of trivia that had us laughing. Before they moved to Brownfield, the Adams family lived in Gomez, Texas.  You can’t make that up. Anyway, this is a small collection, filling only one archival box, and it is infrequently used. But if you want to take a look at it, or any of the rest of our treasures, contact our Reference staff at randy.vance@ttu.edu and they’ll set you up.

As Mrs. Dickeson tells it, she was a school dropout at the age of 13, after which she began work in a millinery shop in Longview, Texas, as an apprentice. She did not know how to sew and turned out to be a poor hatmaker, but she was a top-notch salesperson, so they kept her on at the shop until it went out of business. By 1947 she had moved to Lubbock, Texas, where she worked at Koen’s (photography) Studio, at last putting her brother’s camera and her love of photography to good use. The photo below is of her ready to hit the streets in the early 1900s to snap shots everywhere she could.

The collection is almost entirely glass negatives of photographs of people taken in Marshall, Texas, and Shreveport, Louisiana, in the early 1900’s, primarily from 1905 to 1918. Her labels explaining who the photographs depict are a rare bonus in a collection containing photos this old, but the real unique element is her narration of the process she used to develop the photographs. The photograph above, for example, shows not only an excellent hat, but came with her brief notes on the “ground glass substitute” coating, and the fact that the background was added after the photo was developed. 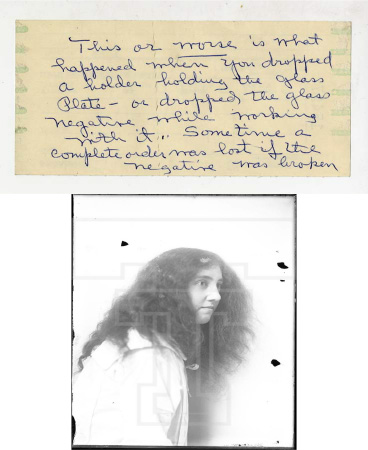 The photo above may not be the most flattering, but it also comes with a description of the dangers of working with glass plate negatives. We’re not surprised that some occasionally fell – when more than three or four of them are in a box, they are among some of the heaviest items we house at the Southwest Collection.

Once again, we encourage you to take a look at the rest of this unique journey into turn of the century photography over amongst our digital collections. It’s worth your time.

Each fall, the Southwest Collection installs a new exhibit highlighting one of its unique collections. In the past we’ve shared the history of women at Texas Tech University, women in Texas Music, and a host of other topics from outer space to terrifying tornadoes. This season, it’s time to take a peek “Through the Lens of Bill Weaks.”

Long-time Plainview, Texas photographer Bill Weaks bought his first camera—a 127-film Falcon—when he was a senior at Plainview High School. After selling a few photographs he realized the potential of turning his hobby into a profitable business. Photography quickly became his life’s work. 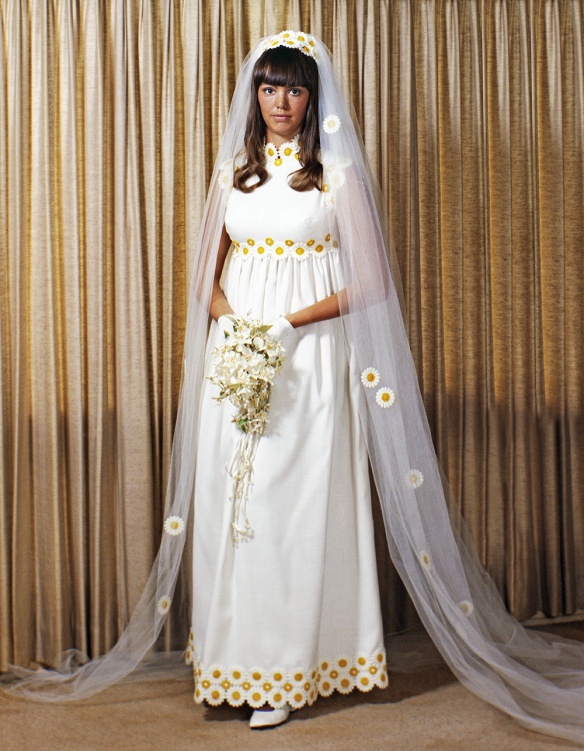 While attending West Texas State College in Canyon, Weaks worked as a stringer for the Amarillo Globe and the Amarillo Times, selling them photographs of campus activities. He also served as a student photographer, earning $40 a month. Later he attended the University of Houston where he earned a Master’s degree in photography. After serving a two-year stint in the Navy, he returned to Plainview and opened Bill Weaks Photography on September 4, 1955. Four months later, the studio already showed a profit through photographing weddings and community events. He produced portraits of many brides who purchased their gowns at Margaret’s specialty shop or Hemphill-Wells department store in Lubbock. These photographs appeared in the Sunday newspaper announcements of their weddings.

Weaks headlined numerous seminars around the country and personally trained several young photographers who later pursued their own successful careers. For thirty years, he taught courses for the Professional Photographers of America, and received awards and recognition on a national level. The Southwest Collection is pleased to present this collection for the use of scholars and researchers, so don’t hesitate to contact our Reference Department if you’d like to take a look at his many photographs.