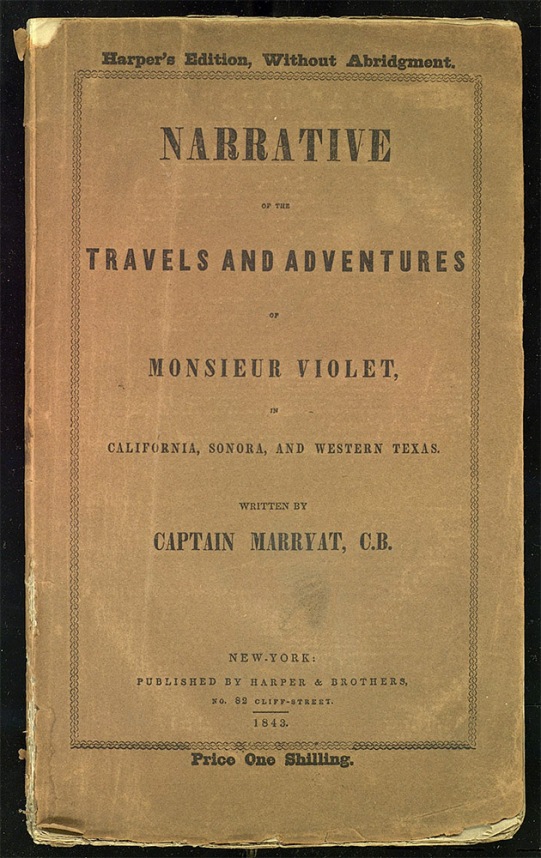 This month we’re sharing excerpts from a title found among our many well-preserved old books: the fictionalized narrative of one man’s travels throughout the U.S. southwest entitled the Narrative of the Travels and Adventures of Monsieur Violet in California, Sonora, and Western Texas. Written in 1843 by Captain Frederick Marryat (1792-1848), Monsieur Violet was based loosely on Marryat’s own North American journey. He had been quite the world traveler before the book’s publication, however, serving in the British Royal Navy and sailing all over the globe for several decades. 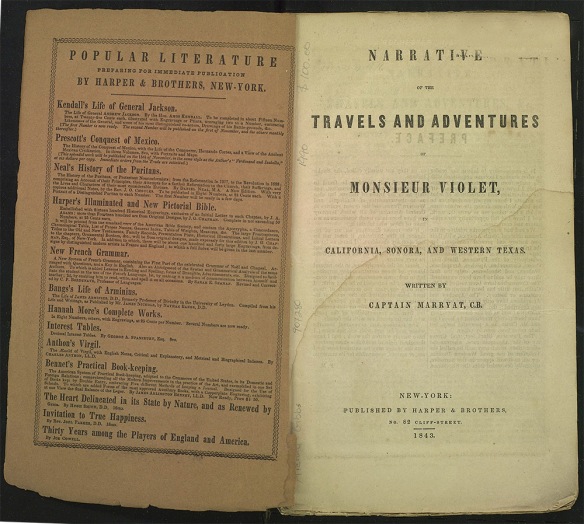 Marryat was a widely published novelist, and is credited with being one of the first to write “sea stories” (think Master and Commander, or Moby Dick), with his most popular being the semi-autobiographical novel, Mr Midshipman Easy (1836). His authorial popularity even landed him the acquaintanceship of Charles Dickens. Oh, and in his free time Marryat invented a maritime flag signaling system. 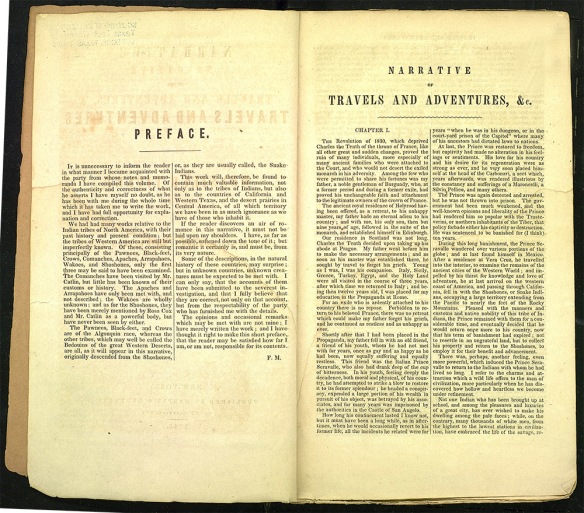 In 1839, four years before Monsieur Violet, Marryat published his relatively-less-fictional Diary in America. It was replete with criticisms of nineteenth-century America’s alien–to his eyes–way of doing and looking at things. Suffice to say, in the U.S. it was not uncommon to see the book publicly getting burned alongside effigies of Marryat. If he was trying to capitalize off the popularity of Alexis de Tocqueville’s 1835 sensation, Democracy in America–and let’s be honest, he was–then he failed spectacularly.

But back to Monsieur Violet. It was also written after Marryat’s stint in North America, and is fairly detailed in its descriptions of the southern and southwestern U.S., including the Native American tribes that inhabited those regions. We’d describe it further, but it’s not a bad read, and you may peruse it at your own leisure here: http://hdl.handle.net/10605/947. And if you’re adventurous, then perhaps you could search around the internets to see if you can locate it under its other title, The Travels and Romantic Adventures of Monsieur Violet among the Snake Indians and Wild Tribes of the Great Western Prairies. 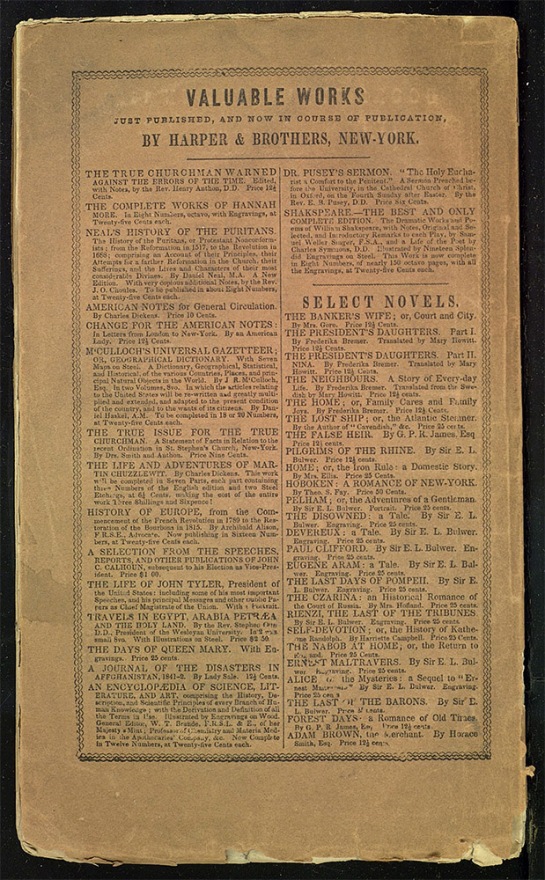