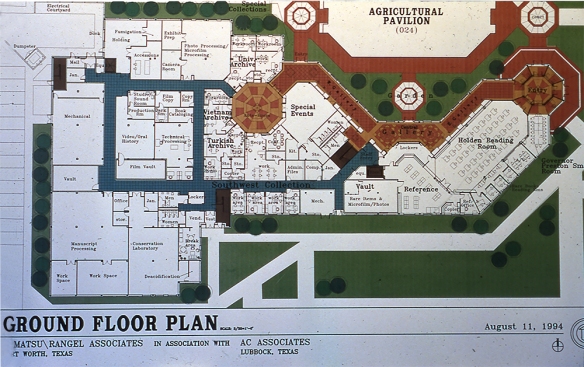 20 years ago, the Southwest Collection moved out of the depths of the Texas Tech University Math Building and into its current palatial home at 15th and Detroit. From September 2017 through February 2018, we’re exhibiting photographs and artifacts from that journey in an exhibit entitled “Preserving our Past: Celebrating 20 Years in Our New Home.” It also chronicles the many exhibits created over those decades that showcased the many amazing archival treasures housed here.

It all started with the architectural plans above. Drafted in 1994, they were the first step taken toward building our state-of-the art facility. 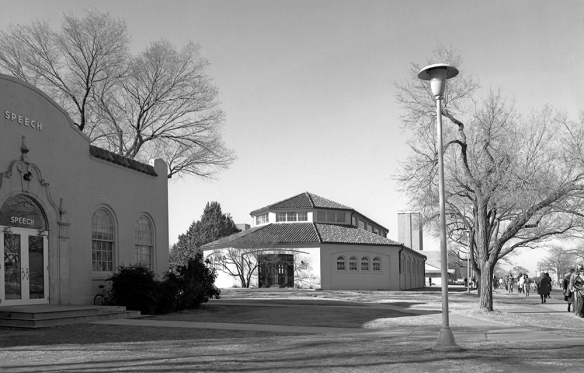 The rapidly deteriorating TTU Speech Building occupied some of the space where the SWC now stands. Although the Agricultural Pavilion remains, the Speech building’s foundations were transformed into one-part exterior flower bed, and one-part eastern SWC Rotunda. 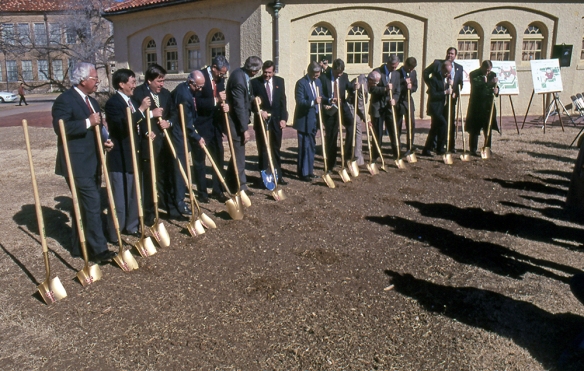 The photo above documents the 1995 groundbreaking. SWC Director David Murrah, as well as the TTU President, members of the Board of Regents, and other luminaries attended the event. By late ’95 and early ’96, the land had been scraped clean. By the summer 1996, the skeleton of the building had risen over the site, as you can see below. 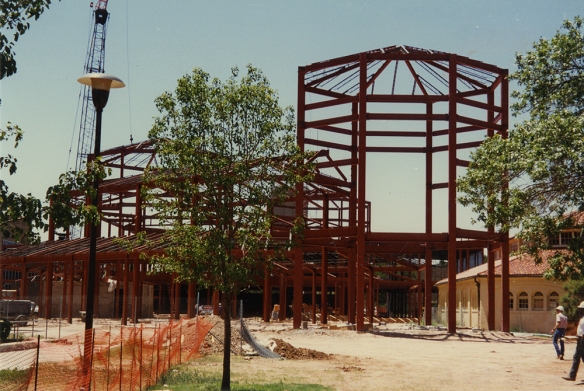 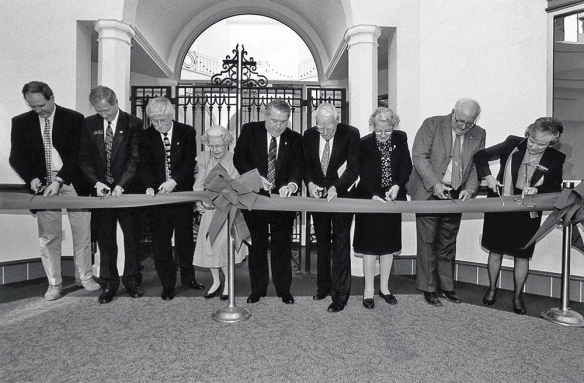 This final photo is of the ribbon cutting that officially opened the Southwest Collection/Special Collections Library in 1997. Director Bill Tydeman, long-time archivist Janet Neugebauer, and TTU’s President, Chancellor, and other officials all took a swipe at the ribbon with ceremonial scissors. Directly behind the bow stands Frances Holden, whose husband William C. Holden was a professor at TTU for many decades. Our Reading Room, where the ribbon cutting took place, is named after her and her husband.

So, y’all, drop on by and check out our exhibit, please! There are many other excellent photos to look over, including some of moving day, when thousands of boxes were laboriously transported to the new building to be housed in perpetuity.